Attention has recently diverted onto psychotic, irrational acts of senseless violence which have no motive and which cannot be understood. The recent sad incident in Reading has raised a host of questions. 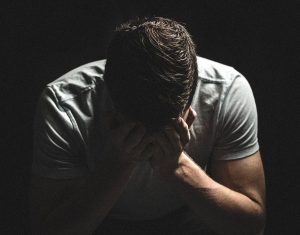 While there is never one simple explanation for what drives a person to commit such an unspeakable act, one common denominator all too often surfaces in many of these cases – prescribed psychiatric drugs which are documented to cause mania, psychosis, violence, suicide and in some cases, homicidal ideation.

Reports have surfaced that Khairi Saadallah, the suspect in the Reading attack, had been labelled with various psychiatric conditions including depression. The reports claim he also had other mental health issues.

There’s no doubt that people experiencing mental difficulties need help, but in view of the damaging effects of so-called psychiatric ‘treatments,’ mental health services appear to be fighting a losing battle.

When diagnosed with depression, it can be expected the prescriber will turn to antidepressants. This should be where the penny drops. Antidepressants have been linked with and are known for inducing violence and aggression. There have been 151 warnings from 11 countries warning that antidepressants cause harmful side effects.

Psychiatrists try to blame the person’s mental troubles, pointing to a manufactured mental illness or psychiatric label as the reason for the senseless violence or aggression. It is an attempt to avoid responsibility for having authorised the use of a mind-altering drug known to have potentially serious consequences. It is also a travesty of justice that they have been able to get away with this operating basis for so long.

Considering the prescribed harm caused by psychiatric drugs and the fatalities, it’s not surprising that a stigma hangs over mental health services. It’s therefore vital to make this information known to the general public so they are aware of the damaging effects of psychiatric prescribing.

It would be a very different story if this was a reality and if the truth about the effects of these drugs was known. It could even provide an answer that would prevent this kind of senseless violence from continuing to occur in the future.